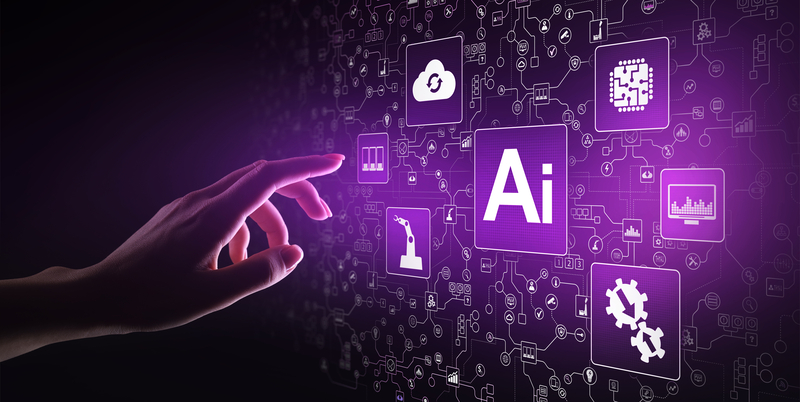 When you think of artificial intelligence (AI), you might be inclined to think of some sort of movie robot; a computer program that talks, acts and “thinks” like a person. But AI is everywhere, and it’s a lot more subtle and integrated into your life than you may think. Search algorithms? AI. Your smart device? AI. It’s all data science. And with more and more wearable tech and Internet of Things products on the rise, artificial intelligence is only going to become more integrated into everyday life.

With that in mind, it’s helpful to know what it is, how it works and what you can do with this powerful tool.

To understand artificial intelligence, let’s start by defining “intelligence”. Essentially, intelligence is the ability to recognize a goal and, through analysis, come up with a plan to achieve that goal. People, for the most part, have general intelligence: knowledge about multiple topics and the ability to use this knowledge to adapt and respond to a variety of situations. Artificial Intelligence, traditionally, is much more rule based and specific. Generally, AI is programmed to have a high amount of knowledge about a specific topic or function, and is designed with a specific task in mind.

However, with the rise of the internet and vast network of available information, the reach of intelligence for AI has become far greater. Because modern artificial intelligence has access to so much more data, it’s possible now for it to learn; to teach itself how to get better and how to expand its functions. This is machine learning and can be seen in Google searches. Google search AI uses applied machine learning to form predictive analytics from the data it gathers (in other words, search suggestions) and improve the relevance of its searches and the services it provides.

The Power of AI: Neural Networks

Where human intelligence benefits from its flexibility, artificial intelligence benefits by the sheer amount of data it can handle. AI doesn’t get tired. With the internet, there is a nearly limitless amount of available information, way more than any person could handle. AI does not have that problem, and can perform unsupervised learning at a vastly accelerated rate.

One major example of this is artificial neural networks: computing systems that attempt to mimic a biological brain. The network is built on a collection of individual artificial “neurons”, connected to each other in a sort of web. By “training” these neural networks by feeding inputs and analyzing results, the AI is able to “learn” how to perform tasks, without ever having to be programmed. In this way, the AI is potentially able to develop better and more efficient solutions to problems than a programmer could predict.

One example is the AI known as AlphaGo, built by Google with the intent understanding and winning at the complex game Go. Not only was the AI able to beat even the most skilled human players, the second model of AlphaGo was able to learn from the first model, with no other external knowledge of the game, and beat version 1 within a day. Finally, version 3 was able to beat both previous versions, along with other games without even learning the rules.

Other examples include AI systems designed to beat Super Mario Brothers, not through being programmed with the rules, but just through sheer trial and error, at a rate a human being simply could not keep up with. These systems work quickly, do not get tired and are also improving on themselves. So what does this mean for us?

A decade ago, AI’s scope was limited and generally designed around completing one specific task. But as technology has advanced, and as AI systems have gained access to large databases of information, the reach of AI systems has grown. Including in terms of content creation. Not only are there AI systems that can paint pictures, generate music and sculpt 3D models, there are systems that can write too. And write like a human being, in natural language.

Intelligent writing is writing that flows through one sentence into the other with clear cohesion. This was once a limit of AI, but now with the proper parameters set, AI can follow a story through a logical path of events via its neural network the same way the human brain can. Modern applications of AI are not only able to replicate text and write in different styles, they can accumulate data based on the information they’ve been exposed to, and use deep learning to predict and place the writing in its proper context. Through natural language processing, AI can not only put words down on the page, it can do so with character.